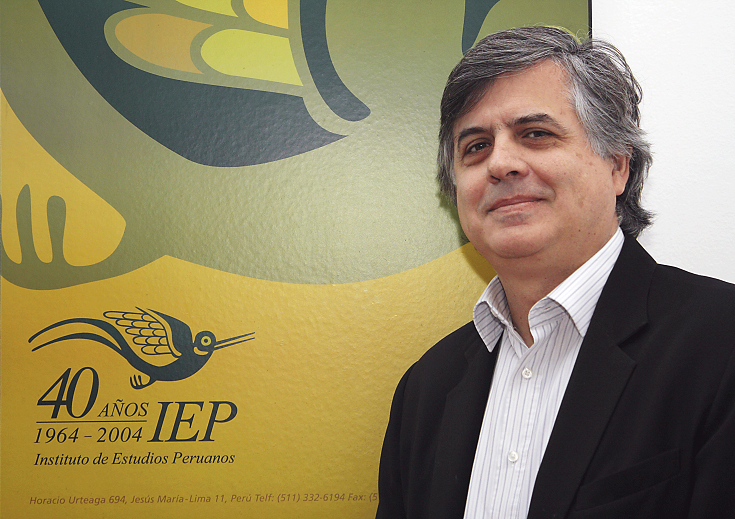 Epidemics return every so often to remind us of our vulnerability: vulnerability to disease and to the powers that be. Within a few months, something that appeared to be a catastrophe in a distant land became an everyday tragedy at home. This disease, produced by a highly insidious infectious agent — popularly known as the coronavirus — has spread like few past epidemics to almost every corner of the world. It is revealing the vileness of the right-wing, populist authoritarian governments that have attacked science and public health — encouraging their partisans to think irrationally — creating the conditions for the despair, misinformation, stigma and chaos that we are now suffering.

This epidemic is just the latest edition of a sad after-effect of the changes that began in the 1980s, when most governments embraced neoliberalism and globalization and its cruel doctrine that called for a drastic reduction in public spending and dismantling of State intervention in social programs. This created a culture in which profit was more important than everything and everyone; where national and international health system medical staff were cut and where a never-ending sequence of healthcare disasters has become commonplace, such as AIDS, Dengue, SARS, H1N1, Ebola, Zika and the epidemic that oppresses us now.

These epidemics have magnified the relationship between unfair economic systems and adverse living conditions, and have confirmed the persistence of racism — one need only recall the unfortunate comments by the President of the United States regarding a “foreign” virus and his deliberately associating it with the Chinese. This doctrine idealizes the neoliberal lifestyle and remains silent on the structural vulnerability in which most people live. This does not mean that personal hygiene and self-isolation are not important, but these measures do not reflect the living conditions of the vast majority of poor families on the outskirts of cities. They are crowded into small spaces with limited access to water, far from health centers, and with elderly family members already victimized by the principal social determinants of respiratory diseases: poverty, lack of adequate rest and poor diet.

The pandemics mentioned above arose or were aggravated by discrimination, climate deterioration, exploitation of natural resources through unregulated extractive practices and the denial of human rights, such as each person’s right to healthcare—factors that openly or inherently glorified neoliberalism. These crises were accompanied by the banalization of preventable deaths and illnesses and the reproduction of criminal stereotypes regarding the victims of epidemics, such as minorities, the poor, indigenous people and women.

The terrible epidemic we are experiencing is evidence not only of the economic, social and environmental forces that neoliberalism unleashed, but also of its inability to build an inclusive future. It also marks the almost irreparable erosion of one of the most valuable supranational laws that has now been all but forgotten: the International Health Regulations (2005).

According to these regulations, which all countries signed, the World Health Organization (WHO) is responsible for articulating and coordinating responses to pandemics (Cueto, 2015). It was developed after many discussions of fundamental agreements that date back to the beginning of the 20th century. As has been evident almost since the beginning of Covid-19, each country, state or city has done whatever it preferred, heeding and quoting WHO when convenient. It is important to recall that there has been a recurring lack of international financing for these regulations and persistent erosion of the legitimacy of this United Nations multilateral agency by industrialized countries.

The differences between the 2008 economic crisis and the 2020 health crisis are important. In 2008, the U.S. government raised more than $700 billion in a few days to save private banks. In contrast, during the Covid-19 epidemic, the U.S. government initially allotted just over two billion dollars (fortunately, congress has increased this figure by a few billion, but this is still clearly insufficient). To make matters worse, in the last few years the White House has cut about $700 million in funding to one of the best epidemiological centers in the world—the Centers for Disease Control (CDC)—and eliminated the White House team responsible for monitoring international epidemic outbreaks.

However, sometimes catastrophes provide unique opportunities to reflect and improve. In a world where a series of scandals compete for time on mass media, epidemic diseases allow public health practitioners, scientists and healthcare historians to raise their voices and make sure that the importance of their work—our work—is recognized. We must remind everyone of the consequences of the preventable endemic diseases that afflict society. We must reveal the lethality of discounting scientific methods. We must demand prevention and solidarity. We must restore and increase funding for public healthcare systems and redirect public services and employees, who must not be subservient to private economic interests.

As historians, some of us have devoted ourselves, at times, to thinking about epidemic catastrophes, and we have concluded that the incompetent leadership of blind, hysterical authorities—in addition to xenophobia, despair and chaos—aggravate the disaster (Cueto, 1997) .

In the case of Covid-19, there are urgent problems to be solved. The lack of exams, the small number of laboratories that can process the exams, the inadequate training of healthcare professionals regarding how to administer these exams and analyze the results, the extent to which people follow medical advice, the strong possibility that the medical centers providing treatment will become overburdened and the estimated serious economic impact all presage a disaster. As with the worthy responses to other epidemics by healthcare practitioners and scientists, we must respond to the present situation and, at the same time, look to the future.

It appears that, in poor and middle-income countries, the most effective inexpensive measures are “social distancing” (at least one and a half meters between individuals), cancellation of events and meetings, and the reduction of public transport to a minimum, since public transport has become the great urban vector for Covid-19.

According to medical historian Charles Rosenberg, epidemics generally have a cycle that begins with denial, passes through resignification and resignation, and ends in forgetfulness (Rosenberg, 1992). As in other epidemics, one of the main dangers we face is not only that the Covid-19 epidemic worsens, but that afterward we once again tolerate the lack of investment in public health and miss an opportunity to end the feedback between fragmented, insufficient responses and the recurrence of epidemics.

The hope of this author is that this time things will be different: that we can not only control, mitigate and implement public health measures with full political and financial support, but also convince ourselves that public health is intrinsically global and an obligation of the State toward all citizens, and that we must allocate significant funding for research, including historical research, which can tell us much more about the challenges of healthcare in order to understand and act in the present and plan the future with hope.

The Brazilian Unified Health System and Coronavirus
The Sistema Unico de Saude (SUS) will be decisive against Coronavirus in Brazil. To understand how the system was created and its rationale read our selected article by two Historians from Casa de Oswaldo Cruz/FIOCRUZ.

Malaria epidemics in Europe after the First World War
This paper discusses the initiatives against Malaria epidemics over this period and identifies them as early stages of an international approach to the control of the disease.

Contagion: Historical Views of Diseases and Epidemics
This online collection provides information on diseases and epidemics worldwide, and is organized around significant “episodes” of contagious disease.

The history of a mosquito
This article analyzes the initial reactions of scientists and public health authorities against the epidemics of malaria caused by this species.

Two views on malaria
This research compares two views of malaria in the Amazon that coexisted side by side during the First Brazilian Republic (1889-1930). April 25, World Malaria Day.

The influenza epidemic in Portugal, 1918-1919
The 1918 influenza pandemic was a catastrophe on a global scale. This paper investigates the epidemic in Coimbra, Portugal, using information found in the pages of a local newspaper.

Influenza digital archive
The website is an open access digital collection of archival material related to the history of the 1918–1919 influenza pandemic in the United States.

Read on epidemic diseases in HCS-Manguinhos: