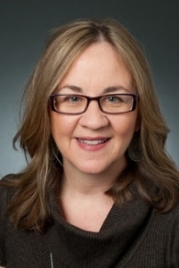 In my time working with Living in Peru, I have been hesitant to write anything about Alberto Fujimori. The years of terrorism and economic collapse that plagued Peru and the wounds they caused are still so recent that they must be commented on with extreme care and respect. Although my wife is Peruvian and I have lived in Peru for several years, I still don’t feel comfortable offering an opinion on events that I didn’t experience first hand and which obviously caused such a tremendous amount of suffering for so many. Unfortunately, terrorism has been the main social concern of the world for the last few decades; and Fujimori’s regime is a fascinating and prominent example of the political and social ramifications of a country struggling with this problem.

With the recent sentencing of Fujimori taking place, I found myself curious to learn more about that part of Peru’s history; and when I was contacted about a possible meeting with writer Jo-Marie Burt about her book “Political Violence and the Authoritarian State in Peru: Silencing Civil Society,” I jumped at the chance to arrange an interview.

However, I have to admit that I was initially skeptical about the prospect of an American (I should say “North American” I suppose since all South Americans are also “Americans”) writing about Fujimori. It has been my experience that the North American social lens tends to distort things in a peculiar and consistent way and I was concerned that the North American perspective would instill a damaging influence on the interpretation of this history.

I am pleased to say, though, that my fears were completely misguided. I found Jo-Marie Burt to be a very engaging, intelligent woman with an obvious sense of responsibility, respect, and affection for Peru. She is an Associate professor of Government and Politics (George Mason University) and has visited Peru almost every year since 1986 (staying for as long as twelve months during these visits). Her initial trip was as a Thomas Watson Fellow to do research on liberation theology and its impact on mobilizing people into political action. The research she was doing and its timing allowed her to bear witness to the rise of the Shining Path’s actions in Lima, and the subsequent political response.

“Political Violence and the Authoritarian State in Peru: Silencing Civil Society,” is a political interpretative history of Peru which covers the late 80’s and 90’s. The purpose of the work is to chronicle the social and political events that took place in Peru at that time, and the rise and collapse of Fujimori’s regime.

It was fascinating to hear Burt discuss the various factors involved during that time period. All by itself, the period of super-inflation experienced by Peru in the late 80’s would be worthy of a textbook. Add to that the rise of terrorism and the actions taken by the government in its response, and you truly have a moment of utter social collapse. The fact that Peru has been able to rebound so successfully and so quickly is a testament to the great people of this country.

One of the things that I found particularly interesting in my discussion with Burt (and which has caused me to reassess my own understanding of the period), was her conclusion that violence in response to terrorism proved completely ineffective. Abimael Guzman (leader of the Shining Path) was eventually captured not through methods of torture or violence, but by basic intelligence which involved the observation of terrorist subjects and their eventual interaction with their superiors. Through observation, the police were able to work their way slowly up the chain of command, undetected, and eventually arrest the Shining Path leader without firing a shot. It is also interesting to note that neither Fujimori nor Vladimiro Montesinos was involved in this, eventually successful, operation.

As we concluded our discussion, I couldn’t resist asking Jo-Marie Burt about her opinion on the Fujimori verdict. She was quick to say that the sentence was a triumph for Peruvian civil society. It vindicated all those that spoke out during the years of Authoritarian rule (who risked getting labeled as “terrorists” in the process), and is a great moment of closure in pursuit of a better future.

As I said at the beginning of this article, as a person born in the US, I must tread carefully when commenting on Alberto Fujimori. For my part, I am thankful that Peru is currently enjoying a period of peace and prosperity. I am also thankful that there are people like Jo-Marie Burt who have taken the time to produce accurate and responsible chronicles of the past for those who want and need to increase their understanding of the past.